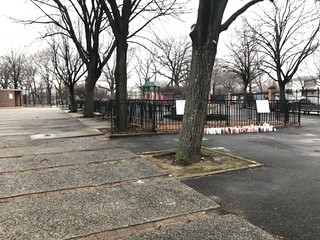 Before I began my journey I mentally mapped out where I wanted to walk and observe. I started at the corner of Merrick Blvd & Baisley Blvd at the entrance of Roy Wilkins park (above image). This part of Queens is labeled as Jamaica. I walked up 120th ave which is a main road until I reached Cambria Heights park which is on 120th ave & Francis Lewis Blvd. On my journey back I walked through back blocks since they have a different atmosphere then the main road. I picked this journey because it allowed me to walk through three neighborhoods (Jamaica, St.Albans and Cambria Heights) and see the differences between them. I grew up in these neighborhoods so for the most part I know what to expect. Usually in these neighborhoods, the younger people walk past each other and say nothing whereas the older people usually stop and say good morning or afternoon. Economically, I would say towards Jamaica more lower-middle class people live (considering quality of sidewalks/streets, sizes of houses, etc.) and as you walk up towards Cambria Heights and beyond the quality of these things change. In none of these neighborhoods did I observe any political preferences (stickers, banners, signs, etc.) on houses or cars. Almost every house I walked past had at least one car in the driveway and/or parked in front of their houses. Also, on maybe every three or four blocks there would be a house with solar panels on their roof and an abandoned or unkept house. Streets for the most part were clean of litter and most kept their lawns neat and proper.

It’s safe to say that nobody in either of these neighborhoods suffer from poverty or live an affluent lifestyle. There are only one set of apartment buildings in these neighborhoods which are for the elderly – other than that, everyone either owns a home or is paying off their home. Even the newer homes in these neighborhoods can’t be labeled as “luxurious” and even the oldest or unkept homes (that had someone living there) seemed livable from the outside. Land for the most part is evenly distributed where almost everyone would have a small front lawn and a small-medium backyard (enough for maybe a small lawn set and some grass). Unlike other neighborhoods in New York, these three don’t seem to have visible significant differences in wealth. I didn’t observe any home that seemed like it would be a home for squatters or see anyone that seemed like they didn’t belong in the SES that went hand in hand with the neighborhood. Although I didn’t walk that far I do know that in the next city over (Laurelton) there is a predominantly Jewish neighborhood but even they seem like they’re in the same SES as everyone else.

To conclude, unlike many other cities in New York from Jamaica to Cambria Heights has no clear cut differences in regards to poverty and affluence. From my experience it seems like everybody who lives in this area are in the same playing field and everything is just about even. On the other hand, if I would have went the opposite way more into Jamaica I doubt I would have had the same results. 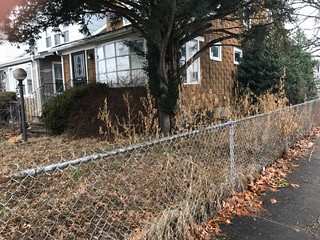 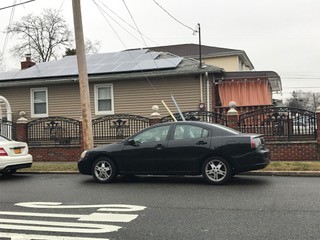