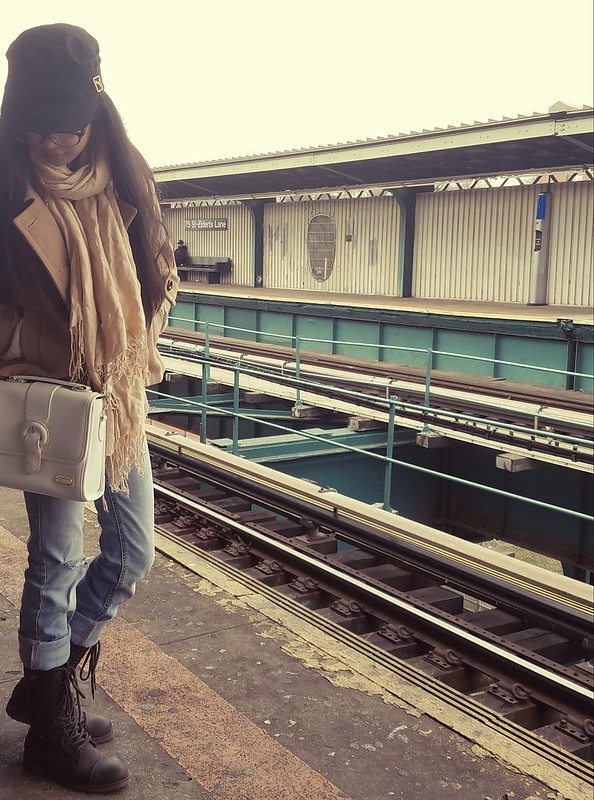 A few months ago, I didn’t live here. Woodhaven, New York. I recently moved in with my boyfriend. According to him, his neighborhood is called Hoodhaven. It is a nice neighborhood from the window of the attic of his house but the entire neighborhood is not really as seemingly tidy as the tertiary street I am on. In my street, each household owns 2-3 cars, probably with kids who never had to walk to the train station because their parents are always there to drive them despite the J train being 3 blocks away. The adults, including my boyfriend’s parents, tell me that Woodhaven is not a safe neighborhood, even if the train is only a 3-block walk. While the street I live in seems to be living comfortably because of how there are cars parked outside each house, the following block – already part of East New York – has residents who would walk by my tertiary street and quite often smash cars’ windows for fun. My boyfriend’s car has been a victim once.

Things like this never happened when I was back in my country, the Philippines. The Philippines is a country considered to be a third world country, although some would prefer the term “developing country.” The point is that the Philippines a poor country while America is a well-off country. Why is there a neighborhood here such as Woodhaven?

Residents of my street and likes with residents who can afford to own cars can work anywhere they want that can be accessed by their vehicles. Offices in Jericho turnpike, higher paying restaurant jobs in Manhattan, a more renowned mall in Queens that commissions its every sale to the salesperson, etc. However for those who can’t afford to have vehicles and choose not to take the train because of the long travel time, their choice of livelihood is limited to lower paying jobs. Passing by Jamaica Avenue earlier today, I’ve seen mostly minimum paying jobs, almost no offices, some salons, and over-all local, family-owned and small establishments. There are a few industrial sites that provide blue-collar jobs to heads of the families.

There’s a library in Forest Parkway that I’m very fond of visiting. It lies beside Victorian/Edwardian style houses. Late author of the novel, “A Tree Grows in Brooklyn,” Betty Smith’s house is in the same block as the local library and the post office. Each house in that block could cost at least $700,000 while 20 steps down to Jamaica Avenue to the J train, you’ll see American citizens and immigrants hassling to get to and from their jobs, most people juggling 2-3 jobs just to make ends meet, and not having a clue what goes on inside the big houses 20 steps up.