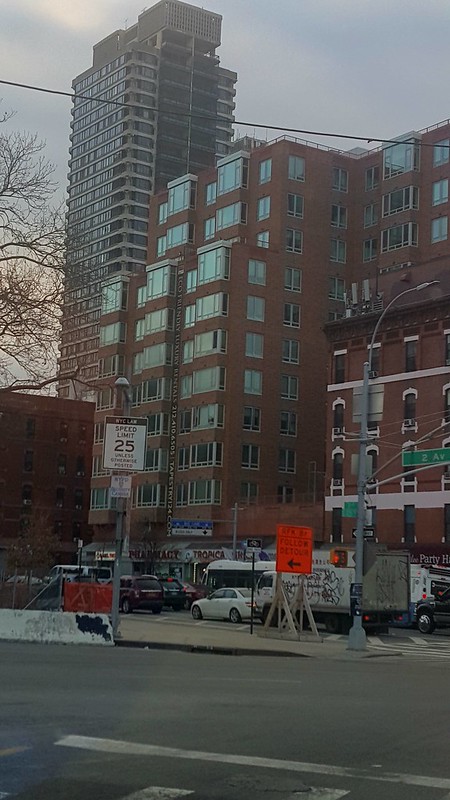 For my assignment, I chose to walk around different parts of Manhattan.  I looked at parts of Upper Eastside Manhattan and Mid-Town Manhattan but I mainly focused on Harlem.  Historically, Harlem has always been a predominantly poor area consisting of mainly African Americans.  Today, that is not the case as many parts of Harlem have been gentrified, bringing in many wealthy citizens to purchase properties.  Harlem is much more diverse now and in many cases, people who lived there for a large portion of their lives have been displaced as a result of gentrification.

This is a picture of a new development in Harlem called “Eco Friendly Luxury Rentals”.  Historically, this neighborhood has been a middle to lower class community but now caters to wealthier people. Many impoverished people were forced out of the neighborhood when it was gentrified. Unfortunately they will never be able to return to this area of Harlem due to their financial inability to afford the rent they would be required to pay. 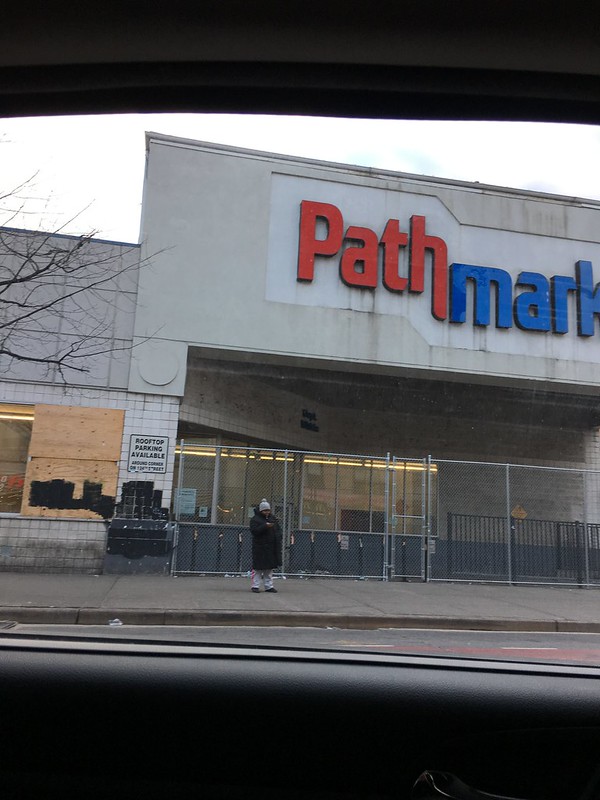 These are pictures of the outside of an abandoned Pathmark on E 125th St. Martin Luther King Blvd.  There has been no attempt renovate or remodel the building for further use. 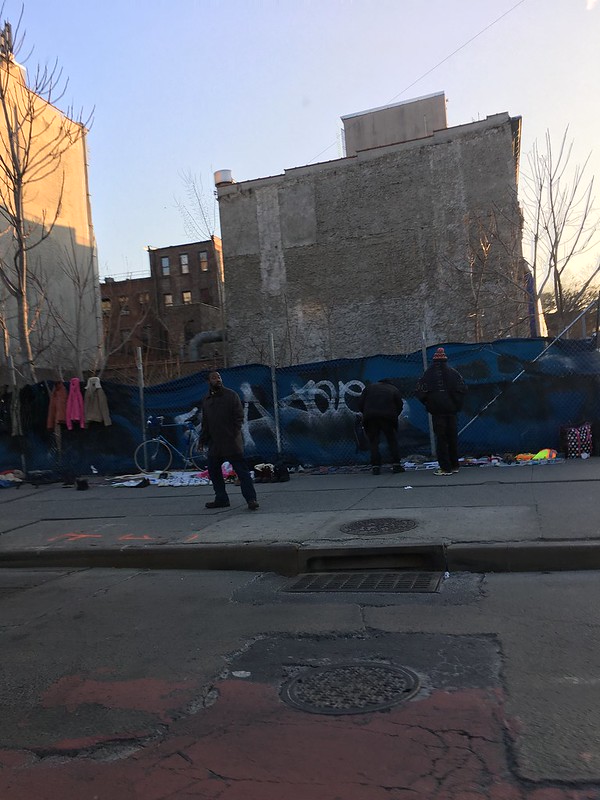 Next to the Pathmark, lies a vacant building lot where men are seen buying and selling t-shirts and other types of clothing.

Right across the street from the vacant parking lot, is a newly, nicely built Applebee’s.  Gentrification has shown a sharp division in certain parts of the neighborhood by choosing to gentrify a select few buildings while leaving the others around it poor and unappealing.

This cash loan pawn store is what many people in the community are forced to turn to when they are in need of cash.  These people are not willing, and in many cases not able to borrow a loan from the bank due to poor banks, therefore forcing them to be less dependent on the bank and more obligated to pawning away their own property when in need of cash.

These are abandoned buildings not too far from the cash loans pawn shop.  Like the Pathmark and vacant lot, these buildings have not been taken care or shown any attention in terms of possibly being built back up.

I eventually made my way down to Upper Eastside Manhattan and Mid-Town Manhattan where the environmental feeling shifted completely.  Only 10 to 15 blocks away from Harlem’s impoverished neighborhoods, lay big business buildings and appealing skyscrapers.  The area also is not as racially diverse.  Whereas with Harlem, only a handful of buildings in certain parts were gentrified and kept and good condition, these buildings were all in great condition.  When we think about poverty and affluence we think of the rich and wealthy versus the poor.  Factors that contribute to both would include geographical and socioeconomic advantages and disadvantages.  Someone who is born in the projects does not have the same opportunities or advantages as someone born in the Hamptons or wealthier cities and communities.