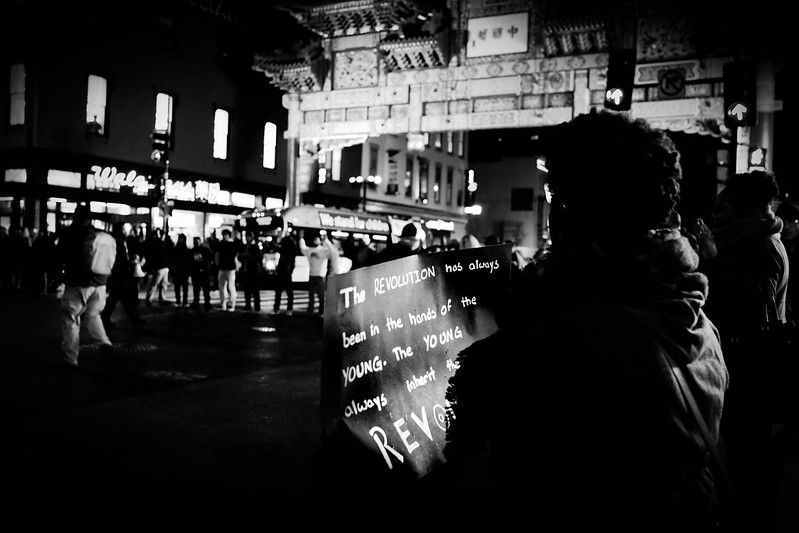 The Black Lives Matters movement started in 2012 after George Zimmerman neighborhood watchman got acquitted for shooting and killing innocent Trayvon Martin. Though this wasn’t the first black shooting in American history is created an uproar – so much so that people all over the country were protesting to get Zimmerman behind bars. Unfortunately, the justice system failed Martin like many other black men and women in this country.

According to the organizations website “Black-lives-matters a chapter based national organization working for the validity of black life. We are working to (re)build the black liberation movement.”  The movement simply started as a hashtag on social media then blew up into this huge phenomenon throughout America. There has been some confusion with the name that, unless you know what the movement is about isn’t so obvious. Some believe the purpose of Black Lives Matter is that black lives should matter more than anyone elses, or that no others besides black lives matter. In reality, blacks have been dehumanized since they were dragged to America on slave ships so the purpose behind the name is that black people matter too and their lives should be valued just as much as any others (which in 2017 shouldn’t even be questionable). Patrissa Cullors, Opal Tometi and Alicia Garza are the three strong women who founded the Black Lives Matters movement.

Black Lives Matters protests are meant to be peaceful protests for the most part. They have taken place all across America in Washington, D.C., New York City and most notably Ferguson, Missouri. I say most notably Ferguson because although BLM is meant to be peaceful it must be noted that tensions in the country run high during this time of racial injustice and sometimes protests do turn into riots. After Martins death the shooting and killings of unarmed black men by people of authority caught the media’s attention and it seemed like every week social media had a new name to hashtag and remember. In the case of Ferguson, 18 year old unarmed Michael Brown was fatally shot by police officers for basically just stealing cigarettes. The anger of the people of Ferguson was ignited when Darren Wilson was, like Zimmerman acquitted of the crime. These men were being let off for killing these unarmed men.

These riots and acts of violence set the movement back just a bit. Critiques thought the purpose of the movement was to be violent towards police officers and other figures of authorities. Unfortunately some people like Ismaaiyl Abdullah Brinsley put a bad taste in people’s mouth when he fatally shot two police officers while they were sitting in their cruiser over his anger of the shootings that were happening. This put police more on edge and although he was completely wrong in what he did one bad apple does spoil the bunch. These were two innocent men but their peers were making their job even more unsafe than it already is. One of the biggest critiques of all Tomi Lahren went as far as comparing the movement to the KKK. This couldn’t be further from the truth. BLM activists goal was never to get rid of one type of people, they just want peace for their own.

This movement is still very active in society today not even getting close to reaching its goals. So far, I don’t think it has been effective. I believe this movement will have been effective once justice is given to the families who lost their loves ones, the police officers who think it is okay to dehumanize people of color are put in their place and the justice system works in favor of ALL people – because at this point in time it has failed so many. So much is going on in America today but it’s sad that so many years after racism and discrimination was deemed illegal we still see so many acts of it today. I honestly believe my generation and generations after me will really try to break those barriers put up by society and will push for equality across the board.

What can you do to get involved?

Why does it matter?