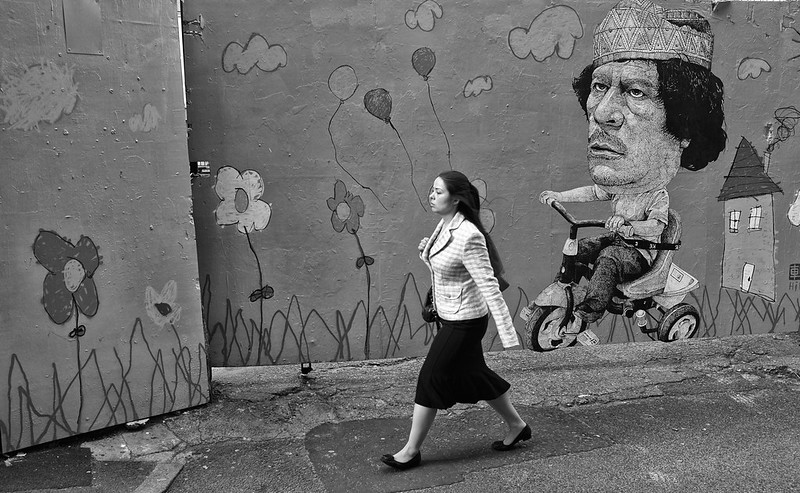 The Arab spring was a collection of political uprisings that took place in parts of Northern Africa and the Middle East. It was a result of the culmination of the frustration of people with their current political regimes. Beginning in Tunisia in 2010 and still going on (the Syrian Civil War), the Arab Spring represents/represented the strength of the people and how it can topple the harshest of ‘dictatorships’.

The main goal of this large-scale protest was to overthrow the incumbent political powers in countries across the Middle East and Northern Africa. Most of the Leaders under scrutiny had held office for many years and the young, politically active populations of these countries grew tired and dissatisfied with the way things were being done in their countries; they sought change. To put the frustration of the young population into context, the presidents of the following countries held office for (years), Tunisia – Zine El Abidine Ben Ali (23 years), Egypt –  Hosni Mubarak (30 years), Libya –  Muammar Gaddafi (42 years) and many others who will be mentioned in the rest of the piece. It is worth mentioning that it wasn’t just the young population who were fed up of these Leaders, amidst claims of human rights violations, corruption, dictatorships and economic issues, most of the populations of the countries rallied against the incumbents.

The Arab Spring began in Tunisia with the self-immolation of Mohamed Bouazizi in front of a government building. Bouazizi had reportedly been harassed and humiliated by police officers after he had his fruit cart taken away from him (The Arab Spring: A Year of Revolution). His life would not be in vain as protests began the day after in his town Sidi Bouzid. Images and videos of these protests quickly spread across the country and soon large scale protests calling for the resignation of President Ben Ali began. Under enormous pressure from his citizens, the president left his post and fled his country.

After the immediate success of protests in Tunisia, news quickly traveled to Egypt where protesters began their own section of the movement; Egyptians gathered to protest the poor economic conditions of the working-class and President Mubarak’s rule. While the protests in Egypt were met with more military resistance, the people eventually prevailed and overthrew President Mubarak. While the people of Egypt were met with resistance, the protesters from Libya were met with an almost declaration of war from the government. The initially peaceful protests were marred using helicopters, artillery and bombs by the military on the protesters; not soon after the peaceful Libyan protests escalated into violence, a civil war. This would eventually be quelled with the murder of Gaddafi in October 2011. Protesters in Syria were also met with such harsh fight back when they began to protest President Bashar al-Assad’s 11-year rule; the violence in Syria escalated (and is still going on) into the modern day Syrian Civil War. Protests were also started (on smaller scales) in other countries, namely, Yemen, Jordan, Bahrain, Algeria, Oman, Iraq and many others.

For the most part the protests consisted of peaceful demonstrations, sit-ins in notable public places (Egypt’s Tahir Square) and rallies outside of government buildings. Social Media is considered by many to be the driving force behind the success of sections of the Arab Spring (Arab Spring – SourceWatch). The young social generation were able to document the struggles of the people and their attempts to overturn corruption and share with the world at large. This was particularly significant as it was the presence of the events on popular sites such as Facebook, Twitter and Youtube that really opened Western eyes to the crises being faced by these countries and prompted demonstrations of solidarity by citizens of countries across the world.

The events of the Arab Spring were quite successful as they helped to remove ‘Dictators’ from various countries and promoted wholesale changes in the political set-ups of some of these countries, most of them finally had simple human rights returned and free and fair elections. The legacy of the uprising is there to be viewed, Egypt has a much more democratic political system (although even after Mubarak stepped down they still faced some problems for a little while more), the same can be said of Tunisia who have since made landmark steps in parliamentary and presidential elections and the other countries who rose up in arms against the pressure they faced. Unfortunately, not all the legacies are positives ones; the people of Syria are still embattled in an incredibly violent civil war that has so far claimed the lives of about 400,000 (CNN).

Ultimately, I think the Arab Spring will be remembered as a success; the uprisings helped to show that the people are the true source of power in any country and must have their needs and cries heard by the politicians who were voted in on their merit. Free and fair political systems have returned to these countries, human rights are improving and the economies have improved. The people of Syria might not be feeling these basic needs just yet but at the end of their Civil War the desired change might come about. The Arab Spring, like any social uprising/protest, was incredibly important and useful to the people who felt subjugated under systems that did not meet their basic needs. Social movements are an important fabric of the tapestry of humanity as it is through these that we can truly show our ability as a global population to unite and demand only the best; the importance of these can not be questioned.

The Arab Spring: A year of Revolution

The Square, directed by Jehane Noujaim.