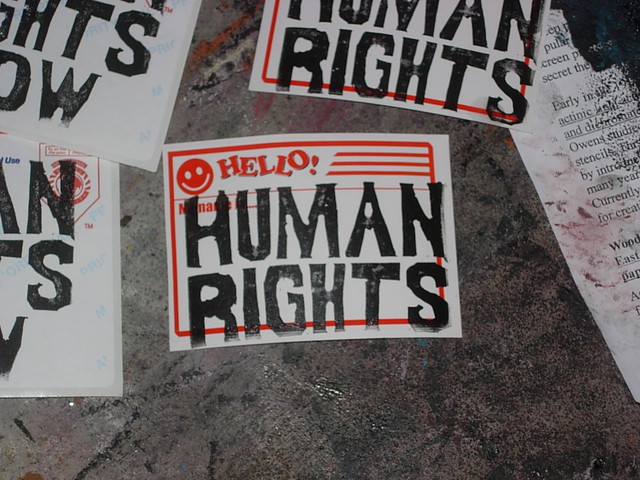 Can you imagine a world where you do not have the basic moral norms that you are entitled of?  Can you imagine your children being born without these as well?

As difficult as it may be to envision not having these rights, it is also complicated to being to understand that someone had to fight for these born rights.

We can say, that the human rights movement has been very successful, and while many still fight for them today, it has accomplished plenty, one of the biggest examples is the abolishment of slavery. Although there had been concerns with human rights in the past, during the anti-slavery movement we see a rise for activism. One early advocate is Olaudah Equiano, who after BUYING his own freedom, devoted his life to the abolitionist movement. Also beyond the atrocities in the north, soon slavery began in South America as well. An advocate that put pressure in Spanish Empire, to improve conditions of indigenous people was Bartolome de Las Casas, a friar, who wrote History of the Indies, in which we discussed the severe abuse and treatment these people went through. This brief history gives us an insight human rights, and how not everyone was born with them.

Although something that has happened today, and certainly happened when the Bill of Rights were passed in 1791, is the way it is interpreted. In the late 1770s, even though the United States had already gained its independence from Great Britain, not everyone gained liberty, and these rights were only for a select group of individuals. Today we see a mixture of Human Rights and Civil Rights, and whether they hold the same interpretation, this is constantly happening under the new presidential administration, where human rights are being violated, because of the new interpretation it has received under Trump’s time of holding office.

One example of the violation against human rights is the ban he has proposed against all Muslim refugees, also he has many times spoken against his views towards the Latin-American community with negative stereotypes. And this year in 2017 we have seen many protests in New York, and also around the world as many see the violation of not only constitutional rights but human rights as well. Most of these marches have been peaceful, there has been violence against anti- Trump and Trump supporters.

We may get a little doubtful for the moment when we don’t see immediate change, but we must think back, and see that in some cases it took years to get justice and equality, and we should not give up. We have achieved plenty for human rights, and we must keep going so those rights aren’t ignored.