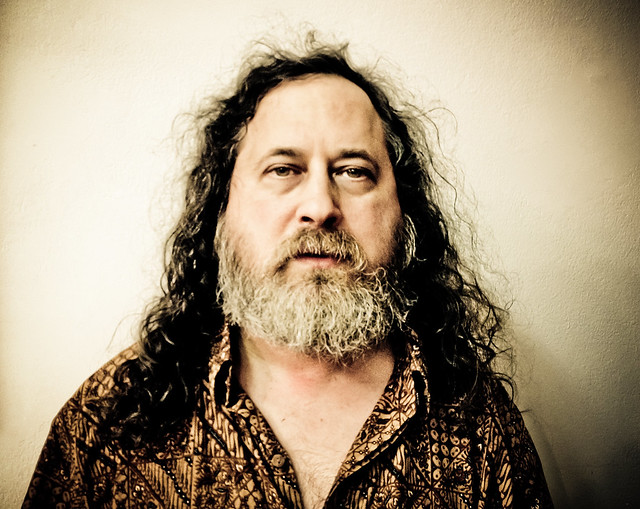 Technology has come a long way and before we had a miniature computer the size of a cassette tape in our pockets we only had giant computers that we nowhere near mobile.  Home computers had been marketed since the mid 1970s and the internet was later created in the early 1980s. In September 1983, Richard Stallman, founded the GNU Project and the Free Software Movement.

The Free Software Movement was founded by Stallman because he believed that software users should have the freedom to run the software, study it, change it, and redistribute it with or without changes or improvements amongst a community based on this idea. He further specified through the GNU Project that “free software” was about the idea of liberty not about it being free in terms of monetary values.The free software movement protested by developing software and rejecting proprietary software. Proprietary software is software that isn’t usually allowed to be redistributed, changed or improved by anyone other than the original developer because they hold a copyright for it. I believe this form of protest was effective within the computer culture of its time but I feel as if it blossomed more so in the early 2000s when users began to share software via the internet. This movement may not be as big of an issue versus human rights but i believe it has led to a better age of technology.  The idea of sharing and changing software among your community or currently, the world is very effective. The only issues was that the movement didn’t have the technological advances it now has from when it first started.

Richard Stallman began working at the MIT AI Lab in 1971, where he worked amongst a software-sharing community. He was an AI Lab staff system hacker, who improved systems for computers such as the Digital PDP-10. It was one of the popular computers of its time. When another university or company wanted to use a program, the people at MIT would just give it to them.  The community would read, change, take parts of it, make new programs and redistribute it equally. But as the years went on technology began to change and computers being made such as the VAX had built in proprietary software. This caused the community to collapse because everyone wanted to advance technologically in terms of hardware.  The proprietary systems developed by big companies reserved the rights to its software in order to make more money, restricting users and destroying a community of freethinking developers. This did not sit well with free software developers like Stallman and thus began the Free Software Movement.[https://www.gnu.org/gnu/thegnuproject.en.html]

The movement achieved many of its goals in my views but it’s now in 2000s-2010s that I feel its most effective. I think this movement has helped the digital community because as technology has progressed, GNU has collaborated in the development of Linux, a kernel based system that controls computing to its full potential and is a free open source software.  With the idea of linux in mind the Android OS (open source software) was developed which led to a booming app market for mobile devices as well as a incredibly large developers community.  Although “open source” is considered to be a rebranding of the term “free software” Richard Stallman doesn’t agree based on GNU. Nevertheless, I think his movement was very powerful and as a graphic/web designer and soon to be app developer I consider him to be a guru. Without this movement the world may have never seen open-source or maybe we wouldn’t have the current app market we have today as well as computer software to help people who aren’t developers but just neighbors in a technological community. I myself use many programs that are considered to be such as Firefox, Audacity (audio software), Steam (gaming platform), Discord (Voip app), and more. I wouldn’t be vid chatting with people on skype without this movement. Maybe I’d get out more or just be bored at home. In my opinion all social movements matter; big or small, unless they pertain to hate.  I think it improves us as people and as a community to help us shape a better future for generations ahead so that government greed and corporations don’t speak for us unjustly.

Why Free Software Is More Important Now Than Ever Before