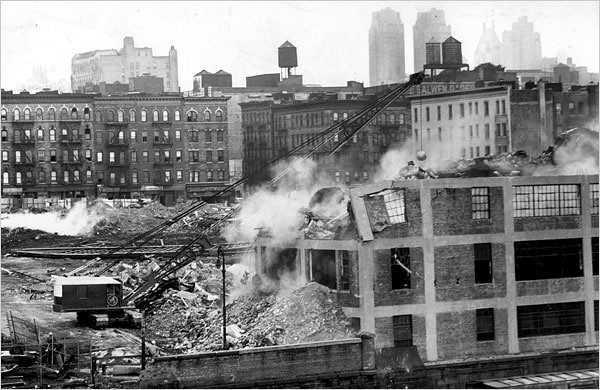 Slum clearance or Slum removal this were used to rebuilt low-income communities with very poor reputation compare to others neighborhood development, this was part of the urban renewal strategy. President Truman observed that “Five million families are still living in slums and firetraps. Three million families share their homes with others.” With this law, Truman helped people that were living in this unsecured neighborhood. Even though the President intentions were goods, the program was stopped because most of the people who were being moved were people of color. The reason they were moving people of color out of the major cities were to build whiter neighborhood and by doing that prices could go up. More than $13.5 billion on urban redevelopment and slum projects were spent by the federal government between 1953 and 1985.