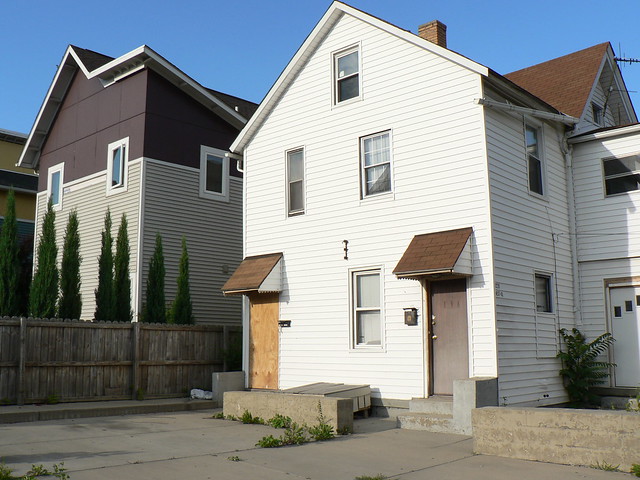 I decided to focus on a current event that I read online about Donald Trump attempting to cut the budget. His way of reducing spending revolves around the idea of eliminating “lower priority” programs. One program that is considered “lower priority” according to the president, is the HOME Investment Partnerships Programs. The purpose of HOME is to assist in funding buying, building, and repairing homes for rent or for home ownership.

In an article written by the New York Times titled, “In Ohio County That Backed Trump, Word of Housing Cuts Stirs Fear,” Yamiche Alcindor writes about a family who currently relies on the HOME program. Joseph and Tammy Pavlic were living on a salary of $9,000 to support them and their three kids in 2015. They accessed HOME and were able to repair all the cracks and areas that needed repairing to once again feel safe in their home. Last year, the Pavlics voted for Donald Trump. The president has plans to reduce spending in the Department of Housing and Urban Development which will eliminate partnerships such as HOME, energy efficiency aid, and heating and air conditioning aid. He will then allocate these funds to the military and to building a wall. There is a big difference in the way Joseph and Tammy view the situation. Joseph says that the country’s safety clearly has more importance than the condition of his house. However, Tammy believes that the safety of her own home is more important than anything for her family. I started to question safety when I read this. If we protect our nation from a military standpoint but can’t even feel safe in our home, are we really protecting our citizens?

Later in the article, I read about how the budget cuts would reduce spending by about $6.2 billion. Upon further research I found out that military spending is about $600 billion. So when these HUD programs are cut, military spending will increase by about 1%. I don’t believe that this 1% will make any adjustments to the military that will drastically increase our power. We are taking away from those who rely on aid, and thus increasing the number of those individuals that face poverty in our society. As we learned in class, most people spend most of their money towards housing. These government programs reduce this cost and allow people to spend on other necessities.

Some people rely on these aid programs such as Amber Barr and William Brown. Amber Barr is a single mother recovering from an abusive relationship, alcoholism, STD treatment, and anxiety. William Brown had to stop working due to a heart attack that got him laid off. These two individuals both rely on disability check and housing assistance. It is harder for these two to find jobs due to their background, and the cuts will move them out of their current homes.

By learning about how programs such as HOME save those who are in need of assistance, I start to question budget cuts. What other ways will budget cuts in HUD affect people?