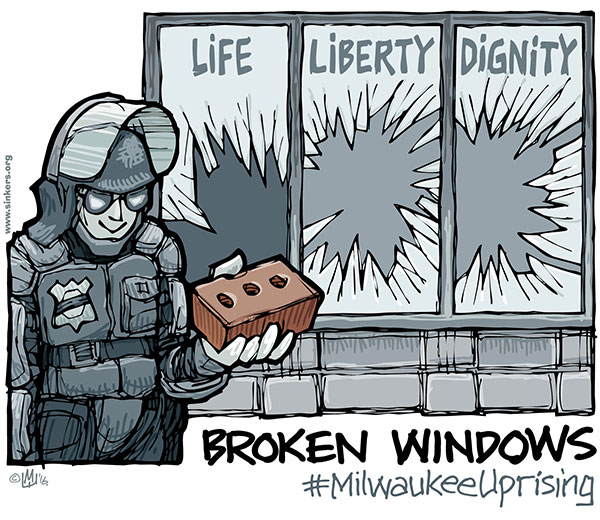 The broken windows theory was first described in 1982 in an article written by James Wilson and George Kelling where they used the analogy that a broken window, left unattended, would signal that no one cared and would ultimately lead to more disorder and crime. They proposed that police departments should focus on eliminating minor offenses in to prevent larger crimes from occurring. In New York, this policy was implemented in 1993 by Mayor Rudy Giuliani with the help of police commissioner William Bratton. They were concerned about tackling minor offenses such as fair evasion in subways, loitering, spitting and jaywalking.

As it turns out, although the implementation of this policy has reduced the crime rate, no study has shown that individuals committing minor offenses have gone on to committing more serious crime. Broken windows policing has resulted in the aggressive over-policing of minority communities, burdened the criminal justice system, strained the relationship between minorities and police, caused further financial hardship for those already impoverished (due to payment of fines) and led to tragedy (Eric Garner case).