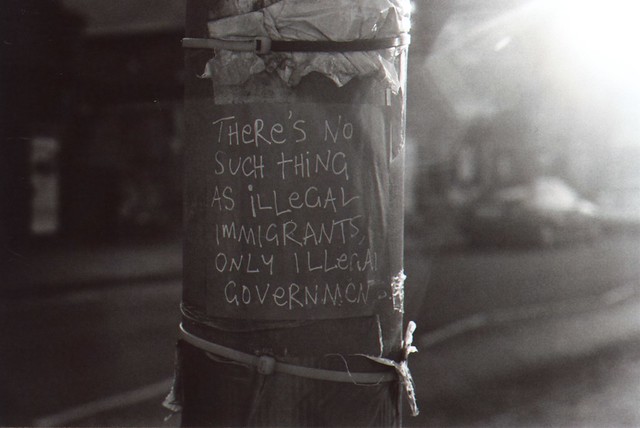 A quick and easy way for politicians to get votes and popularity is attacking and blaming the nations failure in immigrants, always making people drift away from the real problem, like injustice in the government and the controlling of corporations. Therefore, many fail to remember that the United States was built on immigration. According to Peter Kwong, in his article “What’s Wrong with the U.S. Immigration Debate,” and the history we have learned in our elementary classes, Chinese workers were required to work in the railroad construction and the Irish helped build roads and canals in the mid 1800s. Just by knowing this simple fact, we know that these jobs back in the day were not performed by Americans because the pay was low and it was a dangerous job, where many immigrants died and lost their lives in the construction of these.

Today we are seeing the same pattern, illegal immigrants work for factories and get paid less than minimum wage, they suffer discrimination and injustice and even so they are not even represented in government, and with today’s government administration their basic human rights are diminishing. They have no right to privacy and are an easy target for deportation. The program 287(g) is part of the Immigration and Nationality Act that allows the Department of Homeland Security to prepare local officers to work as immigration officers. This has created very high hostility between local law enforcement and Latinos, who are basically being racially profiled. With the Trump administration there will be more agencies and more local law officers who will be granted the right to target anyone suspicious.

In the New York Times article, “Trumps Immigration Policies Explained,” by Nicholas Kulis, Vivian Yee, Caitlin Dickerson and Liz Robbins, we see the difference in deportation in the Obama administration and the current administration, “Obama administration issued guidelines for deporting unauthorized immigrants that placed highest priority on gang members, felons and those who posed a security threat;” but today the type of felony does not matter and anyone can be deported. This has made many illegal immigrants, who are just in search of better lives for themselves and their loved ones, to now live in fear because EVERYONE is a target. The Trump administration has even gone far enough to start cutting federal funding for cities that provide sanctuaries.

Many of our friends and neighbors are living in fear not knowing when the can be deported, people who have just served the work force in this country are facing threats and prejudice from great part of Trump supports enforcing stronger law enforcement towards immigration policies.