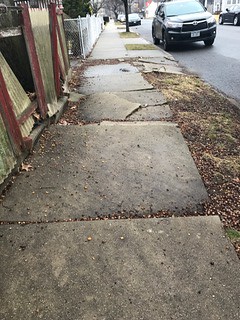 In the beginning of the semester we walked around and reflected about what we observed. At the time, I walked from the corner of Merrick Blvd & Baisley Blvd at the entrance of Roy Wilkins park to Cambria Heights park which is at 120th avenue and Francis Lewis Blvd – both on the main road of 120th ave and the backstreets. For this assignment I reread my original post (see link below) and took a walk distancing about half the distance from the original to see if I felt any different about my surroundings. One thing that I could see differently is that I felt like I judged too hard when I labeled my neighborhood lower-middle class. It would still be in the middle class range but maybe more higher middle class considering almost every house had at least two cars in the driveway. Cars aren’t really easy to come by so one has to be doing fairly well to have two. Also, I noticed that when you cross over from Jamaica into St.Albans and Cambria Heights it seems that people take care of their house a bit more. More people seemed to have their grass well kept or the sidewalk in front of their house or steps seemed newer and renovated whereas in Jamaica you’d see a lot less of that.

Regarding what we learned throughout the semester, I don’t believe any of these neighborhoods suffer from redlining or urban renewal. Also, it’s safe to say that unemployment isn’t an issue either. On many occasions while I was walking around I would see people in business attire or scrubs on their way or coming home from work. Because I don’t really associate too much with people I can’t comment on underemployment but I feel like that’s an issue of the whole five boroughs in general and not just specific neighborhoods. Overall, these three neighborhoods are doing well. They’re not perfect especially when you get further into Jamaica or go down Farmers Blvd but people don’t seem to be struggling tremendously if at all.

One family home built about five years ago – Jamaica 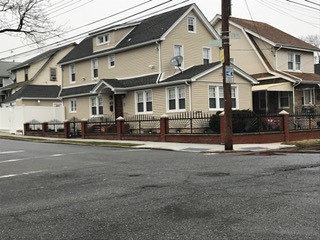