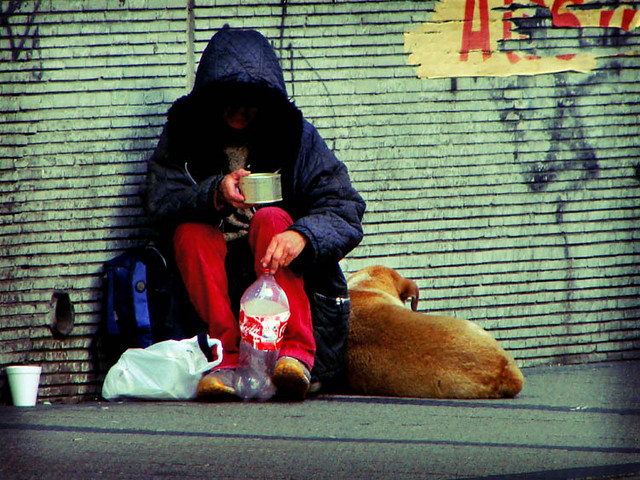 As the semester has advanced I have learned so much more about city life and structure and policies. In my first post  “The Day by Day, Ignoring the Reality,” I discussed the basic views we have of the city, and how many of us decide to look away or judge quickly instead of really understanding why there is such a huge gap between certain social classes and races, as well as ethnicities. When the semester started the first thing that called my attention was the three different theories of poverty, and now that my semester is over the theory that I agree with is Poverty as Structure; after learning so much historical content as to why there is poverty, why there is certain races that are no exceeding in the socio-economic latter, I now know it is the way that society has formed itself because of government policies through the years. Being Latin-American in the United States has always had its difficulties, and this is my experience. “…it is much easier to play the blame game than to recognize a flawed system which seems to make the rich, richer and the poor, poorer,” I mentioned this statement in my first blog post, and I’m sad to say that that is a reality in the United States. Many private developers and investors get tax breaks to build affordable housing in their private buildings, and even thought the tax break is given to them, affordable housing is not a guarantee, and the people who are promised these units end up being homeless or in shelters, eventually having to leave their community because rent increases make the rest of the neighborhood impossible to afford sometimes. The solution has always been funding for affordable housing, but at the same time it always contradicts itself because of new luxury contractions, therefore gentrifying poorer areas and causing affordable housing or public housing to be destroyed. The simple fact that from 2000 to 2012, rent has increased 75% is almost unbelievable, and no one in the United States today can a full-time single parent afford their own apartment for them and their child. Through out this class I have learned the harsh realities of life and why there is so much inequality in the world today, and it has disappointed me to see how little out government has done, because passing laws and policies has not been enough, their solution has always been “top- layered” problems but not real solutions that help solve the problem from the root, and until a REAL solution is planted, government policies will just fail over and over again.

The Day by Day, Ignoring the Reality